Last week, I attended training for parents, provided by the school our oldest child goes to.

I enjoy such trainings, as I find it highly interesting and challenging to get exposed to insights about raising my kids.

There is one of the elements of that training that triggered me to write an article about, including my personal thoughts and experience on that subject.

Therefore, today’s title will be:

A few months ago, I wrote a two part article called “Six ways to improve the relationship with your entrusted ones”
Today’s subject is similar but touches another aspect of your relationship with our children.
We are going to look at the six stages of attachment every child goes through – from stage one to six. 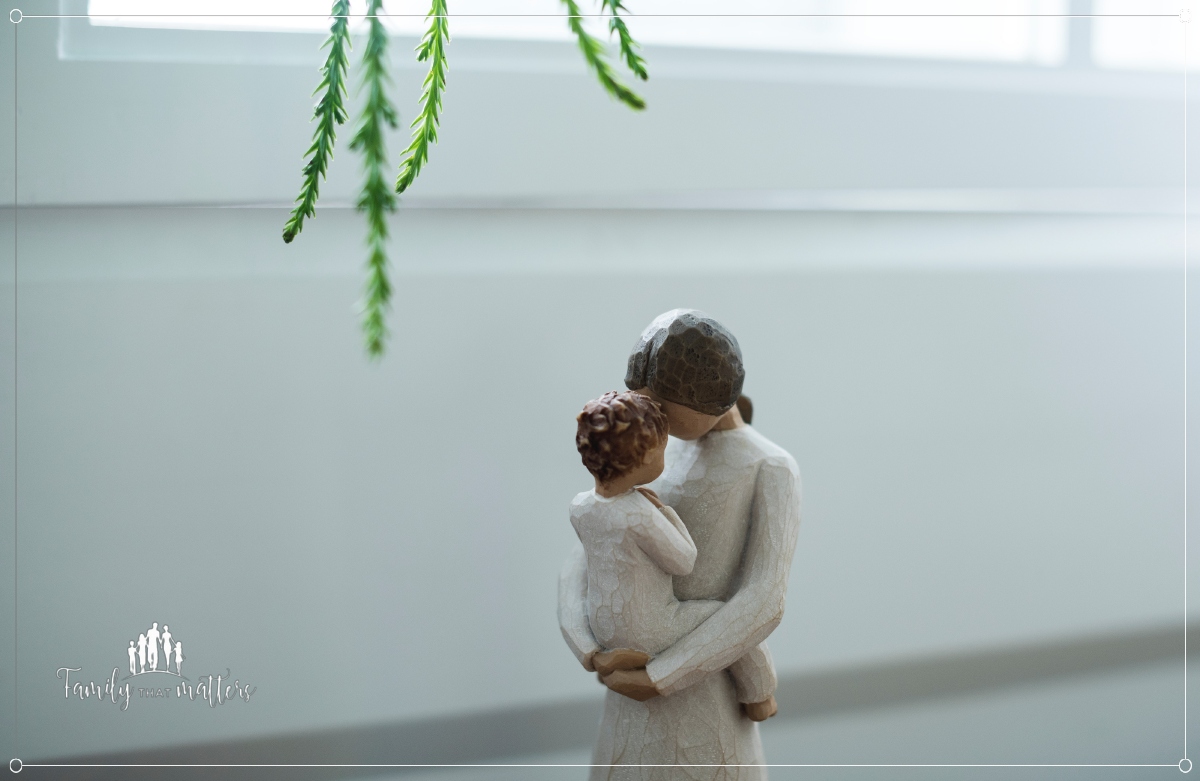 As in that other article, the inspiration comes from Gordon Neufeld who developed this model of the six stages of attachment, through which all children ideally progress during the first six years of their life.

This time however, we are going to look at the maturing process of a child. We are going to look how we can support a child to get to that maturity which becomes the base of a solid and healthy attachment – from the child to us, his primary caregivers.

By ensuring that each of these avenues of connection are strong with our children, we fuel their natural inclination to follow our lead and cooperate with us.

The purpose of this process is to have children who want to behave. Children, who want to be with you, share their lives with you and follow your cues.

“A strong emotional connection with at least one parent or significant adult figure reduces the odds that an adolescent will suffer from emotional stress, have suicidal thoughts or behavior, engage in violence or use substances. “

Now, let’s take a look at these six stages of attachment:

A baby begins the journey of attachment to the parent through contact, touch and closeness. As they grow and as we send the message that they are loved and adored and that we like to be around them, this attachment gets stronger.

Around the age of two, a child adds sameness. That is the desire to be like their parents. They mimic words, mannerisms and behaviors. It also helps the growing child to continue to feel connected to us when we emphasize interests or inclinations that we share with them. Their desire to be like us is also an important element in their acquisition of language.

Around the age of three, a child becomes preoccupied with belonging and loyalty, to be ‘on the same side as’, which is a different way of closeness, says Neufeld. Children of this age are possessive of their parents, pushing siblings off Mommy’s lap, saying things like, “It’s my Mummy.” With bonding through loyalty, the child also begins wanting do what we ask of them. 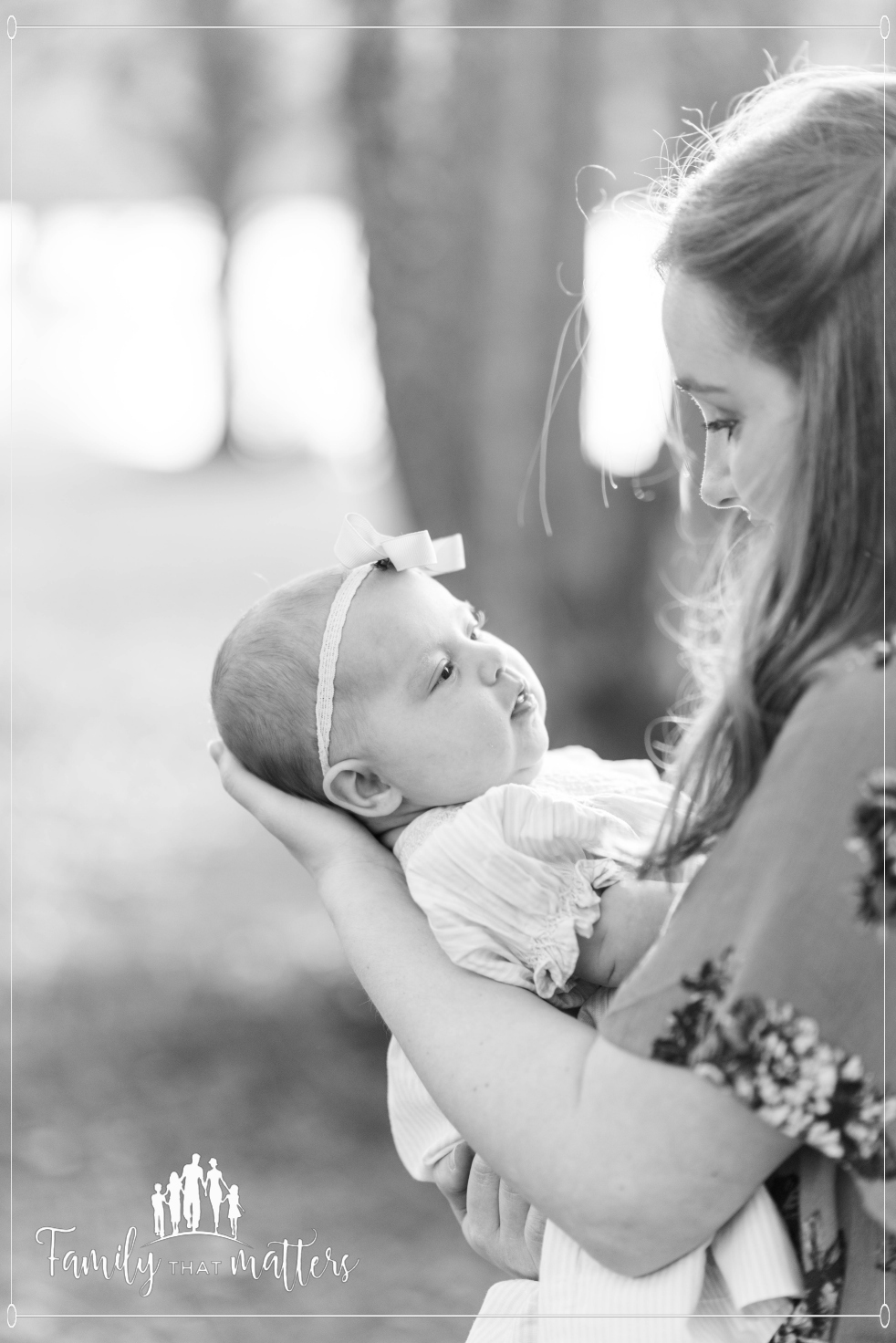 around the age of four
Connection deepens even more with the next stage: significance. By letting our child know, how he or she is special to us, that they are cherished for who they are, we fortify the sense of closeness between us. The child’s understanding of their significance is based on the understanding, that parents will hold close, what is precious to them.

Around the age of five, the child moves into the fifth stage of attachment, which comes in form of emotional connectedness. Warm and affectionate feelings begin to help deepen the attachment. Now it is important that the child knows that the affectionate feeling we have for them is not attached to accomplishment, achievements or behavior. This becomes a major factor in the formation of trust in the parent.  A child who experiences this kind of emotional intimacy with the parent is able to tolerate much more physical separation and yet still manage to hold the parent close.

And finally, the last stage — being known — is where – if all has gone well – the child from six on up tells us their secrets. They wish to be seen, heard and accepted for who they are. The child wishes to be known, and desires to confide in the parent. They allow themselves to be known because of the significant safety they feel. If achieved in childhood, this stage is one which can definitely be maintained throughout their entire life.

Each stage solidifies the attachment between parent and child. On the other hand, if any of these are weak, the relationship weakens. When your kids cooperate with you without you having them pushed and prodded into it, it’s usually because they had a strong and loving connection with you.

Meanwhile, if parents only look at the behavior of their kids, instead of focusing on their connection with them, they will a hard time trying to come up with new ideas of punishments or consequences, and as a result fail at their parenting task, wondering why their methods didn’t get their kids to behave.

As I was hearing about that subject during the training last week, a question arose in my mind:

What happens if we missed one of these stages?

Is there any way we catch up with that missed stage?

The teacher confirmed that, and I was thinking about our own kids.

I realized that we had to catch up with two of them until now. I did not know about the stages, but unconsciously, we felt that something was missing in their secure attachment. One of our boys for example, refused to be cuddled when he reached the age of four. He showed resistance, if we wanted to hold him close and give him our affection. Even in the words, it was difficult to reach out to him and have a sign of confirmation that our words of affirmation “landed in his heart”. We went back to stage 3 (without knowing that there is such a stage). We showed him time and again, that he was part of the family, that we were proud of him, that without him, our family would not be the same. We took more time to listen to him (he takes a lot of time to slowly, thoughtfully express his thoughts) and affirm his thoughts and feelings. In a period of a couple of weeks, we saw change.

He started to come for cuddles, his face started to light up when we said affirming words to him. One day – I remember it like yesterday, I told him:

“I’m astonished how you managed to do that!”

He looked at me with a big smile.

“You were astonished, right?”

And he came to me for a cuddle. At that moment I realized that he had arrived, and that my words had landed in his heart, and he began to have this security of belonging to us, being part of our family.

Next week we are going to look at what can go wrong, how we can affirm the different stages in our kids and how we can repair the missing stages.

About Dr. Gordon Neufeld:
Dr. Gordon Neufeld is a Vancouver-based developmental psychologist with over 40 years of experience with children and youth and those responsible for them.
A foremost authority on child development, Dr. Neufeld is an international speaker, a best-selling author (Hold On to Your Kids) and a leading interpreter of the developmental paradigm.
Dr. Neufeld has a widespread reputation for making sense of complex problems and for opening doors for change. While formerly involved in university teaching and private practice, he now devotes his time to teaching and training others, including educators and helping professionals.
His Neufeld Institute is now a world-wide charitable organization devoted to applying developmental science to the task of raising children. Dr. Neufeld appears regularly on radio and television. He is a father of five and a grandfather to six.